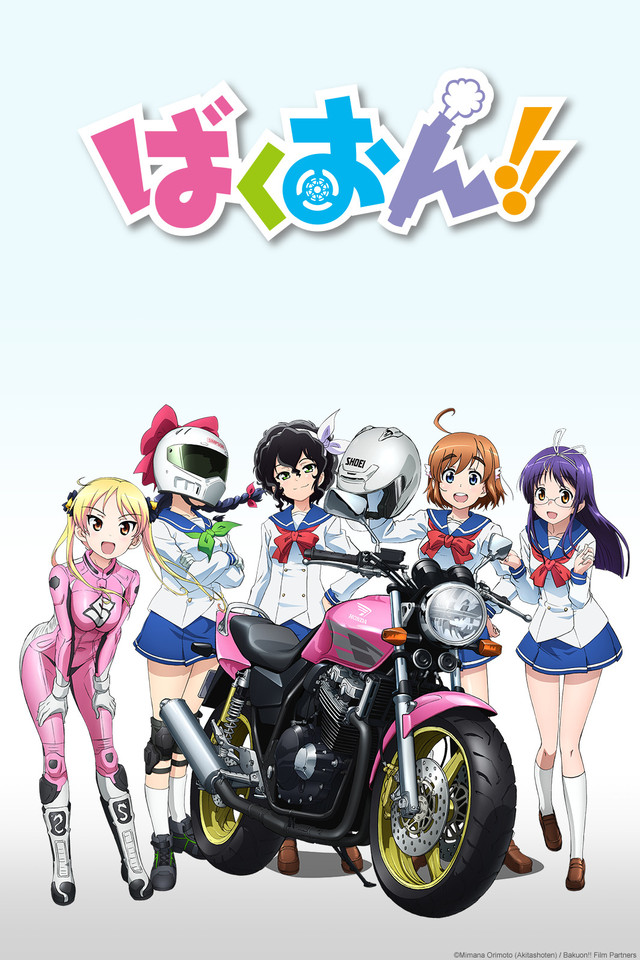 Sometimes when I hear about a show that I have little to no knowledge of it I tend to ignore it until I either hear it’s good or the show is controversial in some way…So when the episode aired that almost had a “rape scene” in it I finally gave in and gave the show a chance.  And I was not disappointed.

So basically what we have here is a show that centers around cute girls, motorcycles, and some fanservice.  It’s not amazing by any standards, but if you’re looking for an easy to watch show that doesn’t take itself too seriously then this might be worth checking out for you. I also recommend watching a couple episodes at a time instead of either 1 every now and then or just binge watching.  I had to be in a certain mood while watching this show, otherwise I found it to be one of the most boring shows from this season.

Bakuon!! is available on Crunchyroll
and is a 12 episode show

I enjoy gaming even though I rarely sit down and play consoles much anymore, but I'm going to try and get back into it with recording and uploading gameplay. I also love anime and manga, to the extent of watching/reading at least a little bit every day. I hope to be a computer programmer someday so I can have the freedom to live in a different country while still being able to have a good paying job. I would like to live in Sweden or Japan for at least a couple months after I get my degree.
View all posts by Scarflame →
This entry was posted in Anime Reviews. Bookmark the permalink.