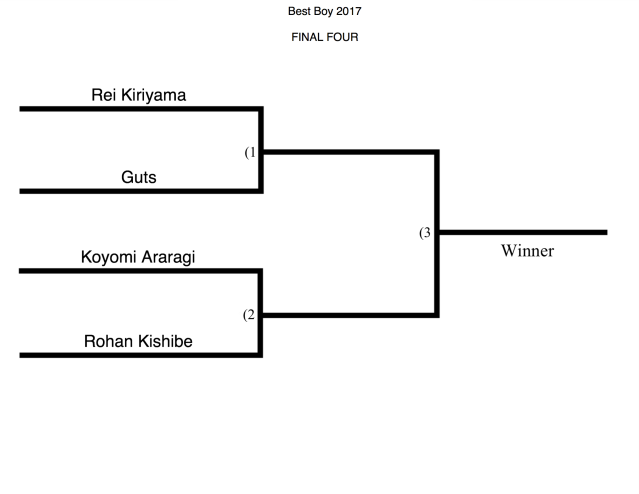 A year’s worth of husbando hostilities have finally come down to this! Four men are left standing: Winter Champion Rei Kiriyama from March Comes in Like a Lion, Spring Champion Guts from Berserk 2, Summer Champion Koyomi Araragi from Owarimonogatari 2, and Fall Champion Rohan Kishibe from Thus Spoke Kishibe Rohan. Who will prevail?

One of these dashing bachelors will be Mr. 2017. It’s up to you who it is! Polls will be open until Wednesday, February 7, at noon EST. And as before, you may vote once per day. Ganbatte!

This entry was posted in Polls. Bookmark the permalink.